“There are no strangers in the town of Near.” 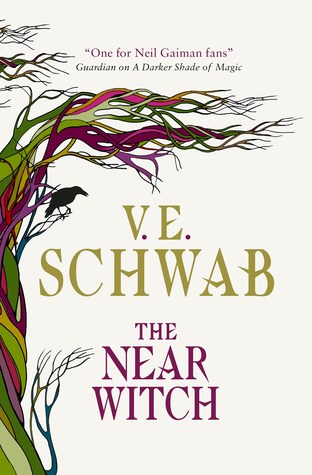 The Near Witch is only an old story told to frighten children.

If the wind calls at night, you must not listen. The wind is lonely, and always looking for company.

There are no strangers in the town of Near.

These are the truths that Lexi has heard all her life.

But when an actual stranger, a boy who seems to fade like smoke, appears outside her home on the moor at night, she knows that at least one of these sayings is no longer true.

The next night, the children of Near start disappearing from their beds, and the mysterious boy falls under suspicion.

As the hunt for the children intensifies, so does Lexi’s need to know about the witch that just might be more than a bedtime story, about the wind that seems to speak through the walls at night, and about the history of this nameless boy.

CW: death of a loved one, mild body horror, violence (including gun violence)

Having pretty much traveled through VE Schwab’s works in a sort of almost reverse order, I can really tell this is from early in her career. The atmospheric prose is there, making the whole book feel like its crushed under the weight of a fog that should be lighter than air but isn’t. So is the blend of magical and mundane, where witches live alongside people without magic of their own, but those without magic still seem to have some special spark to them.

But I can also tell this is early because it’s not as good as the works V has put out since. It’s missing something, in some ways. A spark, or a pull, or a flicker of curiosity that makes me beg for more. There’s no trace of the emotional devastation she’s become so good at, and a predictability that’s not necessarily a bad thing, but lacks some of the flair she’s developed for solid, sweeping twists.

There’s instalove, too, and a heroine who’s a couple shades short of being full enough to hold my love and attention all the way through.

And you know? It’s so hard to write 3-3.5 star reviews because the book isn’t bad! It’s not! I enjoyed reading it, and even read it in one sitting! I didn’t set it aside or debate DNFing it. I didn’t actively hate any of the characters except a couple side characters that you’re supposed to dislike for the ways they attempt to control and confine the main character, Lexi.

But it’s hard because I didn’t actively adore it either. I read it, liked it, finished the exclusive short story in the back of my copy, and went on my way.

I think this is a book that’s best for folks who’ve started with V’s earlier work. I wouldn’t recommend it as THE start, but around the start, as a promise. A “look what she does here, look what she does right and eerie and beautiful, and imagine what she’s going to do a few books down the road.”

We have what’s written, though, and I remember at the signing I went to that V actively chose not to alter The Near Witch. She left it as it stood, because it was a piece of her as a writer when she drafted it. A snapshot, in some ways. A point of comparison. And that’s valuable in its own way, with a little help from some time and distance.

So I think in the end, the 3.5 star rating comes down to the fact that I did like this enough to keep reading in one sitting, and that I love vaguely spooky books that don’t actually cross the line of being horror. I like clandestine night meetings meant to protect people who don’t realize they’ve been refusing help from the only people who could protect them. And of course, I like witches, and I love VE Schwab’s work.

It’s just that this didn’t click in the right ways, and so be it. It probably works really well for some other folks too, just not me. That happens! And that’s okay.

However you take this review, if you decide to give The Near Witch a try, I truly hope you enjoy it. As long as you enjoy it, that’s what counts.

So, have you already read The Near Witch? Thinking of picking it up? A little unsure? Let’s talk!

0 thoughts on “The Near Witch by VE Schwab”