The newest Paper Mario installment is here, and yes, I already beat it.

Is it any surprise I’ve already finished Paper Mario: The Origami King? Paper Mario is one of my all time favorite franchises, largely because of the classic charm of Paper Mario and the Thousand Year Door. Talk about a game I’ve replayed half to death!

But if we talked Thousand Year Door, we’d be here for the titular thousand years. Instead, we’re talking Origami King and its unique charms, which won’t take nearly so many decades all crammed together. Isn’t that a relief?

Paper Mario: The Origami King is not its predecessors.

I feel like this is an important note to make. With Thousand Year Door as well as the stunning original Paper Mario to compete with, it’s hard for Origami King to shine. Sometimes, the first couple installments will forever overshadow anything that follows, and this series follow that to the letter.

It’s a disservice to Origami King to dismiss it out of hand because it will never live up to the originals, or because it tried something new. I think it should be given a fair shake instead, and even celebrated for what it did (and even what it attempted to accomplish).

And most of all, I think the art department and directors should be immensely proud of their work.

It’s the art that makes Paper Mario what it is.

The franchise is known for its charming paper elements, especially where the characters are concerned. Though flat in appearance, the art is anything but flat otherwise. There’s joy in the way the paper characters bend slightly or get smushed or crumple accordion-style or what have you. And there’s joy in seeing an entire world built out of paper! Whole environments are sculpted from it, making sure that everything you see on screen feels like part of the same world, rather than a paper plumber dropped somewhere far out of place.

And in this particular installment, I’m beyond impressed with the seamless integration of origami. From certain boss fights to environmental elements to some of Mario’s in-battle techniques, it lends a unique blend of 2D and 3D elements while still staying true to the paper portion of the series’ title! And even better, the environments are gorgeous, from their appearance to their music to their layouts. Autumn Mountain is my personal favorite.

In particular, I loved the origami transformation sequences. I’m not sure how much of it relies on real folding techniques (though I wonder how many of the origami elements can be folded in real life!), but they do an outstanding job of emphasizing how the folds come together into something greater.

Olivia also deserves a special mention. Your main support character, like Goombella or Tippi previously, she’s a little hapless and overeager, but full of love and joy in every fold. I found her incredibly endearing the more time I spent with her! 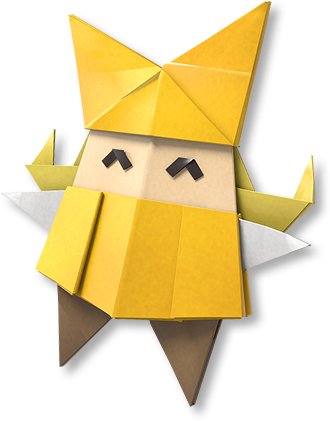 The game isn’t without its faults, though.

I’m not here to preach the wonders of Origami King without admitting to its flaws. Wouldn’t be much of a game review otherwise, right?

And I think the biggest letdown for me was the limited scope of partners. As cute as Olivia is, I missed so deeply the variety of partners and abilities you could use on your journey. Thousand Year Door hid plenty of secrets behind walls only Bobbery could bomb, or blocks you had to hit with Koops’s help. Here, though, Olivia only helps in the overworld when there’s an obvious marker to summon her powers, and any additional partners you encounter are temporary. They also attack in battle, but not with guaranteed success, and you can’t control where they direct their attacks.

I certainly had fun meeting the new partners, especially your companion for the Green Streamer area, but they left a lot to be desired.

The battle system itself, too, is something of a frustration. For the spatial puzzle solver, it might be a breeze! Moving enemies around the ring board requires forethought. And it has to be quick forethought, too, since battles have a time limit. For me, though, it could get a little overwhelming, especially in late game. I like logic puzzles and despise slider puzzles, and since this was a blend of both, it wasn’t my favorite.

Additionally, attack power is depends on your ability to solve the puzzles at hand. And your battle rewards? Also depending on solving the puzzles. If you can’t solve one, be prepared to receive fewer coins and to take more damage.

Maybe I just really miss the old battle system, but this one wasn’t for me. Too many limitations and hurdles lie in the way of enjoying it.

If I had to put a rating on Paper Mario: The Origami King, it would probably come out somewhere around a 3.5 star game.

At the end of the day, Origami King is fun. I may not love the battle system, and might wish there’d been more beef to the story, especially concerning companion connections, but it was fun. I played for hours on end until finishing it (desperate to 100% every area, a percentage the game actually displays for your completionist pleasure!), and someday, when the experience has faded a little, I’ll probably do it again.

As a mainline Nintendo title, Origami King is available only for the Switch. You can read up on it here, or you’re welcome to take my word for it, if you’re so inclined.

And if you’re craving that old school Paper Mario goodness even after playing Origami King, may I make a case for Bug Fables? Though I haven’t played it myself yet, the art and mechanics are reminiscent of early Paper Mario titles, and it costs $24.99 USD as opposed to $59.99! I suspect I’ll find myself buying it soon, perhaps as a birthday present to myself next Friday…

So, have you played Origami King?

Are you planning on picking it up? Do you want to just gush about Thousand Year Door in the comments instead? Let’s chat! 🍄