Emilie des Marais is more at home holding scalpels than embroidery needles and is desperate to escape her noble roots to serve her country as a physician. But society dictates a noble lady cannot perform such gruesome work.

Annette Boucher, overlooked and overworked by her family, wants more from life than her humble beginnings and is desperate to be trained in magic. So when a strange noble girl offers Annette the chance of a lifetime, she accepts.

Emilie and Annette swap lives—Annette attends finishing school as a noble lady to be trained in the ways of divination, while Emilie enrolls to be a physician’s assistant, using her natural magical talent to save lives.

But when their nation instigates a frivolous war, Emilie and Annette must work together to help the rebellion end a war that is based on lies.

END_OF_DOCUMENT_TOKEN_TO_BE_REPLACED

“We’re not perfect. We’re not good. If we went back, I doubt we’d make the same decisions, but that’s why we’re making sure people like you and Elise de Farone and all the others out there have what they need to make the world better than we ever could.” 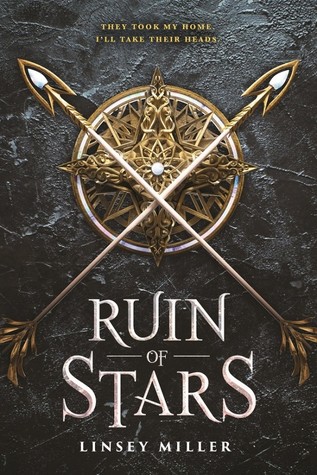 The thrilling conclusion to the Mask of Shadows duology that weaves a tale of magic, shadows, and most importantly, revenge.

As one of the Queen’s elite assassins, Sal finally has the power, prestige, and permission to hunt down the lords who killed their family. But Sal still has to figure out who the culprits are. They must enlist the help of some old friends and enemies while ignoring a growing distaste for the queen and that the charming Elise is being held prisoner by her father.

But there’s something terribly wrong in the north. Talk of the return of shadows, missing children, and magic abounds. As Sal takes out the people responsible for their ruined homeland, Sal learns secrets and truths that can’t be forgotten.

END_OF_DOCUMENT_TOKEN_TO_BE_REPLACED

“Only difference between robbery and murder was what you stole.” 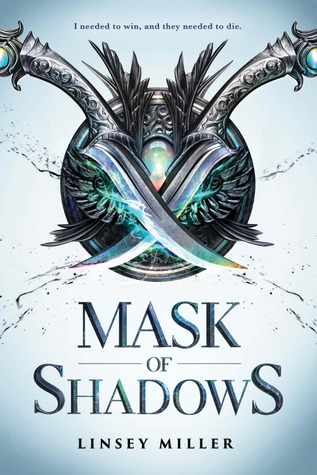 Sallot Leon is a thief, and a good one at that. But gender fluid Sal wants nothing more than to escape the drudgery of life as a highway robber and get closer to the upper-class—and the nobles who destroyed their home.

When Sal steals a flyer for an audition to become a member of The Left Hand—the Queen’s personal assassins, named after the rings she wears—Sal jumps at the chance to infiltrate the court and get revenge.

But the audition is a fight to the death filled with clever circus acrobats, lethal apothecaries, and vicious ex-soldiers. A childhood as a common criminal hardly prepared Sal for the trials. And as Sal succeeds in the competition, and wins the heart of Elise, an intriguing scribe at court, they start to dream of a new life and a different future, but one that Sal can have only if they survive.

END_OF_DOCUMENT_TOKEN_TO_BE_REPLACED

I don't usually review the TAZ graphic novels on m

How far in advance do you take your bookstagram ph

What book are you most excited to read? I'm REALLY

It's true: Hail & Well Read is back from hiatus! I

ICYMI, I reviewed Shielded by KayLynn Flanders on

I've been missing the #Pondathon hosted by CW @art

Today's review is for Mayhem by Estelle Laure, whi