“Sometimes fear lies and tells you you can’t do something when you can do anything.”

Still reeling from her recent battle (and grounded until she graduates), Alice must abandon her friends to complete her mission: find The Heart and prevent the Red Lady’s rise. But the deeper she ventures into Wonderland, the more topsy-turvy everything becomes. It’s not until she’s at her wits end that she realizes—Wonderland is trying to save her.

There’s a new player on the board; a poet capable of using Nightmares to not only influence the living but raise the dead. This Poet is looking to claim the Black Queen’s power—and Alice’s budding abilities—as their own.

Dreams have never been so dark in Wonderland, and if there is any hope of defeating this mystery poet’s magic, Alice must confront the worst in herself, in the people she loves, and in the very nature of fear itself.

END_OF_DOCUMENT_TOKEN_TO_BE_REPLACED

“She’d protected this world, but would anyone protect her?”

The first time the Nightmares came, it nearly cost Alice her life. Now she’s trained to battle monstrous creatures in the dark dream realm known as Wonderland with magic weapons and hardcore fighting skills. Yet even warriors have a curfew.

Life in real-world Atlanta isn’t always so simple, as Alice juggles an overprotective mom, a high-maintenance best friend, and a slipping GPA. Keeping the Nightmares at bay is turning into a full-time job. But when Alice’s handsome and mysterious mentor is poisoned, she has to find the antidote by venturing deeper into Wonderland than she’s ever gone before. And she’ll need to use everything she’s learned in both worlds to keep from losing her head . . . literally.

END_OF_DOCUMENT_TOKEN_TO_BE_REPLACED 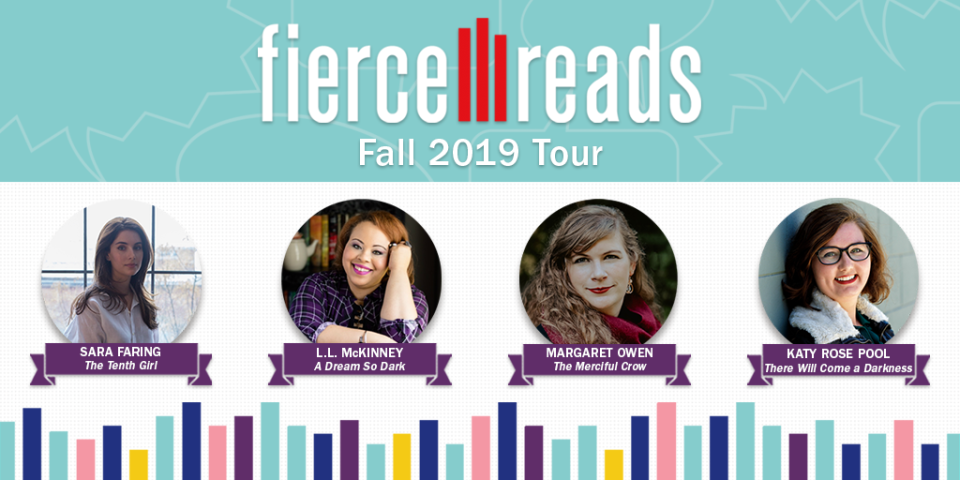 This previous Thursday, I had the opportunity to head over to Nicola’s Books in Ann Arbor to see Sara Faring, L.L. McKinney, Margaret Owen, and Katy Rose Pool talk about their books as part of the Fierce Reads Fall 2019 tour! As can be expected, it was a delight to hear these ladies talk about their books and the journeys behind them, and today, I’ve brought you a recap of the night so you can learn some of the fun details these ladies had to share too!

END_OF_DOCUMENT_TOKEN_TO_BE_REPLACED

Hey, friends, it's been a while. Unfortunately, I

Thinking of trying something new with Insta. I'll

What do you do when you can't sleep? I couldn't ge

Can you guess my next read from three clues? 1.) I

Slowly learning to ease into my new schedule and n

Who's your favorite fictional dragon? It's a tough